Many people migrate to another country to earn a decent income and to attain a better standard of living. But my recent research shows that across all destinations and generations studied, many migrants from Turkey to European countries are financially worse off than those who stayed at home. END_OF_DOCUMENT_TOKEN_TO_BE_REPLACED

By Beth Tarleton and Gillian MacIntyre

The lives of parents with learning disabilities have been given increasing attention by policy makers and practitioners in recent years and there has been a growing awareness of their particular support needs and the barriers they face in parenting their children. END_OF_DOCUMENT_TOKEN_TO_BE_REPLACED 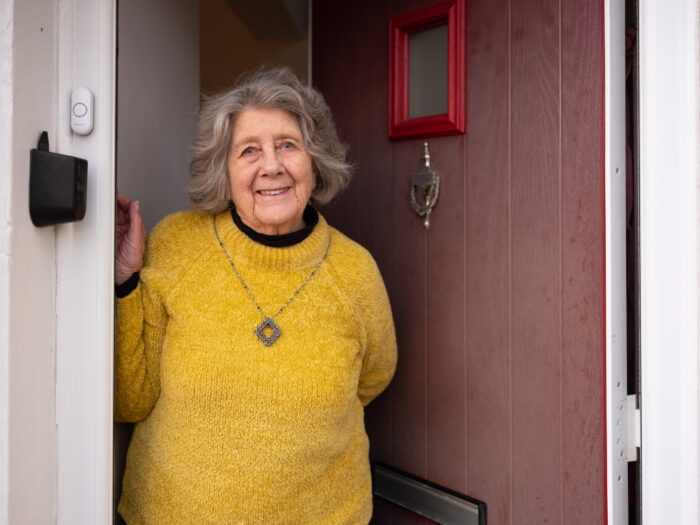 This post by Paul Willis, Brian Beach and The DICE team, is part of the wider CaCHE equality, diversity and inclusion initiative. It has been cross-posted from Housing LIN blog.

Loneliness is a prevailing problem for adults across the life course with indications that adults who are single or widowed and renters are at higher risk of experiencing loneliness. END_OF_DOCUMENT_TOKEN_TO_BE_REPLACED When it comes to managing type 2 diabetes, there are lots of extreme diets out there with passionate advocates. Avoid carbs! Reduce fat! Restrict calories! However, researching the effects of diet on health in terms of single nutrient changes can be misleading. END_OF_DOCUMENT_TOKEN_TO_BE_REPLACED In the 1980s and 1990s Cynthia Galliers was a leading member of a group of administrative staff at the former School for Advanced Urban Studies (SAUS) based at Rodney Lodge in Clifton Village. At the time, SAUS was expanding from its initial profile as a centre providing short residential courses for mid career public servants from both central and local government as well as other key players in the planning and delivery of urban and social policies in the UK. Both the graduate teaching and research profiles of the School were developing rapidly when Cynthia arrived in November 1983 as a Research Secretary, essentially processing research documents.

Over the next decade, she took on ever increasing responsibilities, becoming first a secretary to the short course residential programme, then secretary to a Decentralisation, Research and Information Centre. As a congenial colleague, her clear capabilities, calm competence and sound advice were well received by both staff and students. It was no surprise that in December 1992 she took on the key role of Departmental Secretary, directly responsible to the senior management and Director of SAUS to support their managerial, organisational and representative activities as well as being supervisor of six secretarial staff and key recorder of departmental meetings and the School’s strategic management group.

It was, in the early 1990s, a time of uncertainty about the future place of SAUS within the University of Bristol. It was at the end of 1995 that SAUS was formally merged with Social Policy and Social Work (the School for Applied Social Studies) to form the School for Policy Studies (SPS). At the same time as the rationalisation of the management roles in SPS, plans were laid for the physical transfer of SPS away from Rodney Lodge to a site within the university precinct (Priory Road). Under the new arrangements, Cynthia was appointed to assist the Graduate Secretary in December 1995 and was responsible for the administration of Ph.D graduate teaching and research programmes, including advertising, processing applications, organising induction and offices for new students, as well as ensuring that student issues were promptly addressed. About this time, Cynthia began to reflect on life after working with major administrative responsibilities for so many years and finally retired on 31 October 1997.

Cynthia was born on 20 July 1939 and was brought up in the county town of Shrewsbury. On leaving school, having studied shorthand and typewriting, she was employed as a secretary in the Mayor’s office of Shrewsbury Town Council. She met her future husband, Peter, when she was a teenager and the couple were married in June 1959. A son, David, was born in 1961 and a daughter, Clare, in 1965. Peter’s career led him to a job in Bristol and the family initially settled in Portishead but then moved to Stoke Bishop where they lived for 25 years.

Following retirement from the University of Bristol, Cynthia enjoyed for several years a varied social life including membership of a health club and a theatre group. Sadly, she had a severe heart attack in 2000, requiring 12 weeks in hospital and a triple by-pass operation. After a careful recovery, Cynthia indulged herself in her love of gardening with support from her husband. Another heart attack followed in 2006 and eventually she and Peter realised that they should be living in a more practical home. They moved to Henleaze in 2010. Gardening was still important as was joining a walking group and continuing to meet up with her friends from the  time she worked at SAUS, where she had been well regarded by all.

Cynthia passed away on 8th March 2022. She is survived by her husband Peter, her son, David, her daughter, Clare and her grandchildren Caitlin and Stanislas.

Around the world, the activism of Black women has been instrumental in shaping social justice agendas and promoting human rights. Their work has improved the health and welfare of women and girls, protected the environment and elevated the voices of the oppressed, both in their communities and further afield. END_OF_DOCUMENT_TOKEN_TO_BE_REPLACED